At WELL we offer the best corporate fitness packages in the industry. Our packages are innovative and professional specifically designed for the corporate world and the individual. We work with the top fitness experts to work with your organization, designing group and individual fitness programs. We offer fitness workshops, educational talks to the youth, 12 week challenges, yoga classes, fitness conferences, where we educate your staff on what it means to be fit.

We help individuals reach their goals by assisting them with workout programs and diets.

We create packages for corporate environments that will assure you with healthy, positive staff and mindsets.

We have 12 week programs ready to transform the lives of anyone who partakes. Be healthy, be fit, be well.

This is where we educate individuals about the importance of fitness, nutrition and having a healthy lifestyle.

Nutrition being a big part of what keeps our bodies going. We have top nutrition experts ready to share only the best advice on how to build and maintain the body of your dreams.

Fitness is not just about the outer but also the inner. Yoga means to unite. Uniting individuals with a positive mindset is what we offer.

Experts We Work With 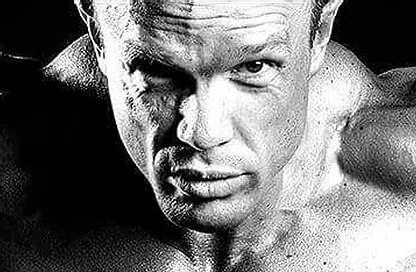 Warren was born on the 30th of March 1978. He qualified from The Exercise Teachers Academy (ETA) in 1998 as a personal trainer. He started working at a personal trainer on a part-time basis shortly after qualifying while furthering his studies in the doctorine of chiropractics at the university of JHB. after his 5th year of studies he decided to work as a personal trainer full time. His passion in training, coaching and sports conditioning has brought him where he is today, working within the fitness industry for 21 years. He has mastered his profession and ability to produce the desired results results his clients request from him. Competing in body-building competitions for 12 years, allowed him to gain enough knowledge and expertise to help other individuals step on stage and compete against other athletes. This has brought him to a position where he has developed a coaching career and a team that has existed for the past 11 years. Within this profession he has had the privilege of coaching the national IBFF South African team during their tour to Slovania in 2015, As well as coaching former Miss SA, Rolene Strauss, as she prepared for her Miss World title in 2014, which she won under his wings. Having being a sponsored athlete for 11 years for the supplement company Ultimate Sports Nutrition (USN) and having a background in sports supplementation, saw him represent USN on the national TV program, Espresso, discussing how to use supplementation during training and how to make supplementation most effective. Since then Warren has furthered his reach within the nutrition industry by releasing his own brand of sports supplementation called, Mad Scientist Nutrition. 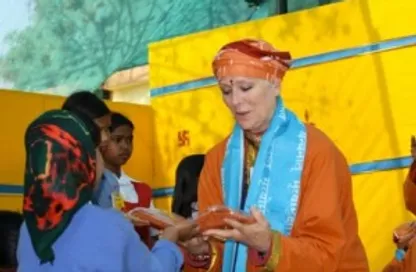 Swami Kamalavidya started her journey into the science of yoga in 1974 at the age of 26. She was initiated as a yoga teacher and Acharya (spiritual teacher) under the guidance of her master Swami Kavi Yogeshwarananda. She practiced and taught 22 years of disciplinary Kriya Yoga sadhana (advanced practices). After her master passed away she visited Bihar /Satyananda Ashram in Munger, India in 1996. In 1999 Kamala studied for 5 months in India and was initiated by Swami Niranjanananda Saraswati, president and founder of the Bihar Yoga Bharati (BYB) private university and its various institutions (www.biharyoga.net). It was during this period that she was initiated as a Karma Sannyasin (meaning dedication with a definite purpose) into the Saraswati order (learner with an inner knowledge, understanding and integrated approach towards development and achievement in life). Today Kamala is a Swami (master of experience of self and mind) and Director of the South African School of Yoga. The School teaches the Bihar/ Satyananda Yoga Tradition (www.yogasa.co.za). Meditation at the school and the teaching thereof, has become a primal focus for the need of the students to cope in a demanding world and society, on many levels. It was an honor and privilege for her to have hosted Swami Niranjanananda Saraswati in South Africa in 2008. Since 2009 – 2017 Swami Kamalavidya has been involved with assisting and teaching the Abused African children at ‘Childline’ South Africa in Soweto (An African township). A ‘Yoga Capsule Program’, compiled and proposed by her Master Swami Niranjanananda during his visit to South Africa in 2008, is taught to the children. Through this program she has trained 14 children as yoga teachers. The yoga teachers taught hundreds of African children at the ‘Old Children’s General Hospital’ on Constitution Hill in Parktown, Johannesburg. The children were taught yoga to learn to manage and handle their disposition in a steady and systematic manner. They learn to recognize their own inner abilities and potentials. The unfortunate children have experienced loss of parents through HIV/AIDS and abuse in some manner or another. The ‘Childline’ project solely depends on donations and support from the students of the Yoga School, family and friends. From 2011 until 2013, Swami Kamalavidya started a feeding scheme 3 Saturdays’ a month where 100 children are fed breakfast and lunch. She introduced extra school lessons such as Mathematics and English which the children voiced that they so desperately needed. In addition they were taught dancing, African drumming and singing. All these activities were sponsored by the School and its members.In 2014 the project was moved to the home of the South African School of Yoga in Hyde Park where the project continued, one Saturday every month. The programme was expanded to allow workshops for the Children who are now teenagers, some at institutions preparing for their future careers. 20 children were under her auspices, preparing them for the bigger world. These young adults now live their yogic lifestyle to the best of their abilities according to the teachings they have been taught. She continues travelling each year to Rikhiapeeth Ashram as she has been doing for the past 19 years. There she participates in Swami Satyananda’s central teaching for spiritual upliftment, “Give, give and give” and their ceaseless love and compassion for children and a deep respect for women. 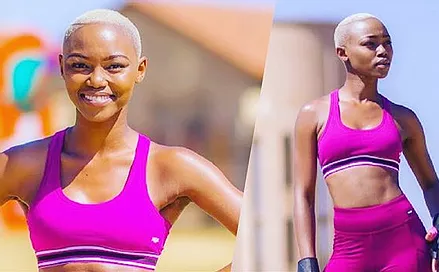 Busisiwe Mmotla is a 26-year-old qualified teacher from Emdeni, Soweto. Currently, she is the USN Face of Fitness 2019 Top 3 Finalist. She is a multi-pageant title holder, titles won include Miss Soweto 2017. Through this title she was a White Star Super Maize Meal 2017/18 ambassador. She is a firm believer in giving back to the community, she is a founder of a non-profit organization named Blessed M Foundation which aims at redressing social injustices in her community of Soweto. Through the organization, she has founded King & Queen of Beauty Pageants pageant in 2015, book drive where she collects novels and story books to donate to different schools in her community and Miss Soweto Grade 7 Spellathon Competition. 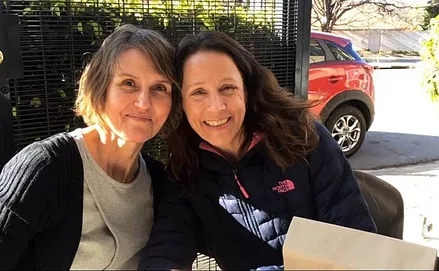 The word Yoga means “union” and Sally’s intention is to dissolve the bridges that tend to exist between the various styles of yoga and create a community where this union is honored, respected and reflected. To say that one style of yoga is better than another creates separation and righteousness, immediately distancing us from humility and Oneness. For Sally, yoga is like a big beautiful tree. Each branch of the tree is a different style of yoga and it is the sum of the branches that make up the Yoga Tree. Yoga Experience, formally Go Yoga and originally Bikram Yoga Jozi, owned by Sally Flanagan, opened its doors in June 2003. The studio started off as a solely Bikram Yoga studio and over the years has evolved to a studio where a variety of Yoga styles are offered. This evolution was inspired by Sally’s love for yoga in its’ entirety and she thus wanted to share with her community, the beauty and benefits that come from practicing more than one kind of yoga. We look forward to breathing and moving with you and sharing and spreading the joy that comes from a regular yoga practice. Whether you are an experienced yogi or a beginner to the practice, please come along and join the tribe. 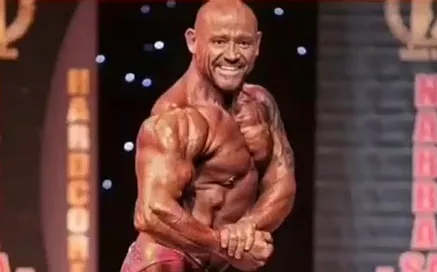 Victor Alley is a certified personal trainer of 27 years, pro-bodybuilder, graphic designer and a tattoo artist. Being the proud owner of Alleysway Fitness Centre based in Bedfordview, and being well known for transforming his clients, helping them reach their body goals. Knowing this transformation can affect your everyday life and if you as a client decides to compete and win! This is where Victor’s passion lies. Being futured on various TV-talk shows and having the newspapers publishing all his work, to being futured on the cover of Muscle Evolution really makes Victor a man hungry for success and creating awareness within communities about health, fitness and the importance it holds in our everyday lives. He is also known for offering training to athletes and fit talks in Mauritius. 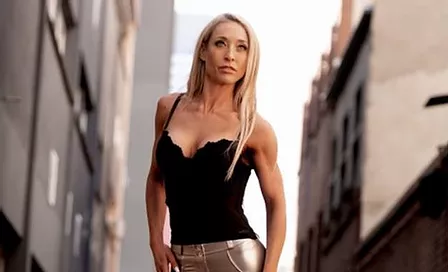